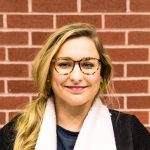 Julie is a printmaker, based in Saint John. She received her Bachelor of Fine Arts Degree from Mount Allison University ’14. Julie is very engaged in the local arts ecosystem and has been with ArtsLink NB for the past 5 years. Julie believes that “the arts” is one of the most important tools we have to engage our communities and revitalize our economy. She is committed to assisting the advancement of arts and culture in our province. julie@artslinknb.com 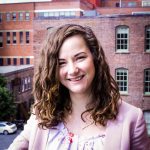 Jericho Knopp is a journalist turned arts administrator based out of Saint John, New Brunswick. She’s worked in business, fundraising, teaching, and retail; and her work has appeared in the CBC, Civilized, Leafly, Huffington Post, the Telegraph Journal, Buzzfeed, and The Georgia Straight. She spends her spare time trying to keep up with the ever-expanding corpus of great literature, sneaking a few romance novels in between classics. She also loves exploring, embroidery and cross stitch, hiking with her greyhound, baking, and promptly devouring everything she’s baked. jeri@artslinknb.com 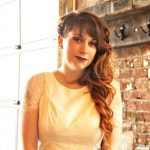 Hailey is a lover of all things nerdy. From board games and books to long division and video games. With a background primarily in retail management, she has mastered the art of customer service and strives to learn something new every day. Born and raised in Saint John, Hailey has evolved with the city’s ever-changing landscape and growing charm. She is a big advocate for the importance of arts education in schools, and at home, in the hopes that her children will always have a creative outlet for self-expression. hailey@artslinknb.com 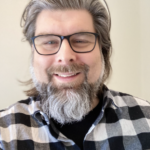 Josh received a Bachelor of Arts from UNB and a Master of Arts from the University of Alberta, both in English literature. He’s worked as a writer and designer of eLearning courses, small-town newspaper copy editor, Christmas tree farm hand, mountain bike trail builder, and parliamentary editor. He enjoys hiking, snowshoeing, skiing, and riding bikes on New Brunswick’s spectacular trails with his wife, two energetic daughters, a Labrador Retriever, and a Labradoodle. josh@artslinknb.com 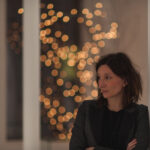 Sarah Jones is a visual artist and curator. She is the co-founder and curator at Jones Gallery Contemporary Art + Projects in Saint John, NB. Her art practice explores the relationship between urban/industrial landscape, Maritime history, nostalgia, and regional identity. Sarah has participated in solo and group exhibitions across Canada and abroad, and her work is held in the public collections of the University of New Brunswick and the New Brunswick Art Bank. She is a recipient of numerous grants and awards, including funding from ArtsNB and Canada Council for the Arts.

Sarah has worked with ArtsLink NB previously as a program coordinator for Catapult, and continues to consult widely across Atlantic Canada about professional development in the arts. She also teaches art history occasionally at University of New Brunswick in Saint John. Sarah received a Master’s in Art History from Queen’s University (2009). sarah@jonesgallery.ca

Julie is committed to fostering community through shared stories and collaboration.

For over 30 years, she has been dedicated to the role of creative director at Goose Lane Editions, Canada’s oldest independent publishing house. Her work — influenced by an early background in dance, English and French literary studies, and experiences in theatre behind the scenes — has been recognized by the Canadian Museums Association, the Alcuin Society, and the Atlantic Publishers Marketing Association. In addition to award-winning book design, Julie’s creativity and expertise have been showcased in exhibitions and interpretive sites at the Canadian War Museum, the New Brunswick Museum, and Saint John Waterfront Development, as well as in myriad publications for independent artists and institutions such as the AGO, the Beaverbrook Art Gallery, the Frick Art Museum, the Gardiner Museum, and The Rooms. In the broader arts community, Julie taught ballet at the community level for over three decades and has long served as a board member for non-profit organizations including Gallery Connexion, Dance Fredericton, Connection Dance Works, and ArtsLink NB. 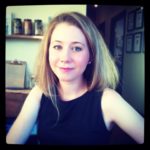 Candice is a watercolour artist located in Bathurst NB, and finds inspiration in the landscape and people that surround her in the Chaleur Bay region. For the last few years, she has been very busy helping to manage and promote arts in Northern New Brunswick. Candice is the secretary and marketing director of the Bathurst Art Society. She has also organized and presented community art events, recognizing that the arts make life more beautiful and unites people. The subject of promoting the arts in small cities and rural areas has been of particular interest to this artist, and she hopes that she can keep being a force for good when it comes to the arts in the North of the province. 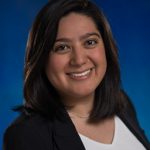 Zamantha Z. Zarate is a Mexican born CPA residing in Quispamsis, New Brunswick. She lived and studied in Mexico where she received a Business degree majoring in International Business.
In 2012, Zamantha came to Canada to pursue a Master in Business Administration degree. Upon graduation, Zamantha accepted an Accounting Associate position. It was in this role, where she decided to apply for the CPA program. She completed her CPA designation in 2018. As a new member of the Board, Zamantha is looking forward to both deepening her understanding of the Arts Sector, and giving back to the New Brunswick community. 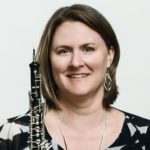 Christie Goodwin is currently acting principal oboist and has been a core member of Symphony New Brunswick since 2011.  She held the position of principal oboist of the Niagara Symphony until 2012 and has previously held principal and section-leader positions with the Kitchener-Waterloo Chamber Orchestra and Korean Canadian Symphony Orchestra.  Christie has been featured with orchestras both as an oboe and English Horn soloist on multiple occasions and has appeared as a freelance musician in ensembles throughout Southern Ontario and the Maritimes.

Originally from small-town Alberta, Ms. Goodwin completed her Bachelor of Music at the University of British Columbia and the Artist’s Diploma program at the Glenn Gould School of the Royal Conservatory.  Christie teaches oboe at the University of Moncton, has taught courses and guest-lectured at Mount Allison University and teaches private lessons from her home studio in Dieppe. She acts as co-ordinator, administrator and project manager for Ventus Machina. 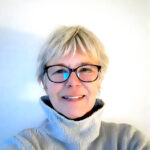 Originally from Bathurst, Caroline studied history (BA, Dalhousie University) and art history (MA, Carleton University), followed by a career in arts administration at the Beaverbrook Art Gallery, then the Arts Development Branch, NB Department of Tourism, Heritage and Culture. While with the Arts Branch, she managed the NB Art Bank and worked on files including the establishment of ArtsLink NB. Now living in Charlotte County, she is a Board member of the Charlotte County Archives and a seasonal horticultural worker. 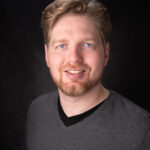 Adam Hodnett is a former journalist/photographer turned content marketer. He started Folk Media Communications Inc. in 2015. His focus is on storytelling-based video communications, and strategic messaging. He has worked at several newspapers across the country, had work aired on CBC radio, and was a frequent contributor to the Telegraph Journal’s Escapade and Salon sections. Adam believes there is a unique and compelling culture in New Brunswick, worth promoting, supporting, and growing. He believes that the arts are how we know ourselves, and that cultural exportation and tourism are under-appreciated industries that could profoundly alter our local economies. He is a serious defender of New Brunswick. He lives in Bathurst, but insists that all of “the north” is his home 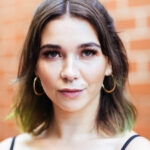 Shelby is a Canadian dancer, choreographer, performer, and certified yoga instructor settling on unceded Wolastoqiyik and Mi’kmaq territory. Her focus is in Commercial Heels and Street Jazz, but her training over the years has extended to several other styles of dance and movement. Shelby has been dancing and performing since the age of three, training with many top tier dancers and choreographers. She has grown up to instruct varying styles and classes of dance as well as showcasing captivating performances across the maritimes, consistently using the art of dance as her form of expression. Her passion for dance is what drives her ambition and is what ultimately led her to start her award-winning dance company, Out of My Shel, encouraging those of all backgrounds to step out of their shells to discover their self-confidence through the power of dance. 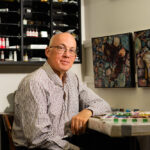 Bernard Quintal is a retired medical doctor and a full-time visual artist from New Brunswick. He obtained his medical degree from Ottawa University in 1979. Since 1981, Bernard has lived with his spouse Lucie in the Dalhousie region of New Brunswick in front of the beautiful Bay of Chaleur.
Bernard was a family physician for 35 years doing everything a family physician could do including delivering babies, house calls, nursing home visits, emergency room, intensive care and palliative care units. Bernard was very involved in the local physician executive in all positions from secretary to president. He has been on many New Brunswick Medical Society committees including Physician Health and currently Health Policy and Promotion. Since retirement Bernard has plunged into an artistic career making watercolour paintings of a close-up exploration of Maritime beaches, especially the colourful rocks and odd items found there. His endeavour is to preserve the timeless beauty of childhood pristine shores and reliving the joy of discovery. 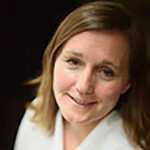 Betsy has a background in music and performed with Symphony New Brunswick for a number of years. She and her family live in St Andrews.

Want to join our board? Nomination form Board fillable