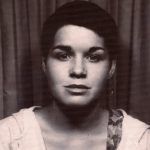 Cat has been Membership Services Director at the NB Film Co-op for over 22 years. She assists members with their film/video productions from development to distribution with grant writing thrown in for good measure. She has also done production management on many member projects during her time at the co-op. She coordinates the annual provincial workshop program through the Film Co-op, is involved in the Short Film Venture Program with partner New Brunswick Film, and is co-lead for programming, events and, finance for the Silver Wave Film Festival.
Originally from Miramichi, Cat LeBlanc’s folk, pop and jazz song compositions are extremely personal in their lyrical imagery.
Cat has a body of original songs to her credit and has done music for film and commercials. She has sold and licensed some of her original music. She has collaborated with New Brunswick and international music artists and is currently being mentored in songwriting by Canadian award-winning singer/songwriter Dan Hill and New Brunswick singer/songwriter Debbie Adshade.

Cat is a member of SOCAN, MusicNB, Folk Music Canada, The East Coast Music Association, Women in Music Canada, Women in Film and Television Atlantic, and the NB Film Co-op.

Cat recently received an artsnb music scholarship to expand and develop her songwriting, a grant from the province of NB to do her first professional Music EP and additional songwriting grants. She received a scholarship to be a “musician in residence” for three weeks at the Banff Centre for Arts and Creativity in January, 2018.

You can check out Cat’s music samplings on Soundcloud: https://soundcloud.com/catleblanc

Where did you do your studies?

I took piano, guitar and voice when I was very young and started singing when I was 5 years old. I sang for years at different events including my high school graduation and in musical theatre productions. At one point when my sister became ill with brain cancer, I stopped all my music creation.

Do you aspire to any specific project(s) within the next 5 years?

I would like to collaborate with other artists in different disciplines more (Interactive music/video/art installations), perform more with my band and solo, and create more experimental music projects.

I’m inspired by my late sister Janey, my husband Tony, my family, friends and the artists in our province, the people around me are my muses.

What has influenced your decision to pursue your art here in NB rather than elsewhere?

I can’t imagine being anywhere else. I love New Brunswick. I find the different cities and rural areas in New Brunswick to be quite unique with their own cultural flavour. I am Acadian/Irish; quite a combo!

What is a highlight of your career so far?

I would say my highlight has been being discovered on Soundcloud, and now having a music manager guiding me in my music career. Having someone who knows the music business helping me with everything has been invaluable. Being mentored by the amazing Dan Hill has been very rewarding as well. He is a music genius and I believe I’m a stronger songwriter because of his mentorship and friendship. Debbie Adshade has been another revelation for me creatively. I have admired her for years and to have the opportunity to learn from her and create and collaborate with her has really been exciting.

I am also strengthening my instrumentation and arrangement skills throughout all of this thanks to my music teacher Troy McLaggan and Dan Hill.

I have many other music mentors, past and present, and I wouldn’t be where I am now without them. Don Rigley, Peter Lockhart, James Gauthier, Jeff Patch, Paula Foley and Norma Campbell to name a few.

What are the words you try to live by?

Seize the day for tomorrow may never come.

Where are some of the coolest places you’ve been with your music?
River Jam at the Delta, Grimross Brewing, Miramichi Folksong Festival, my first full concert in Perth Andover, Charlotte Street Arts Centre, Performing at the Banff Centre in Banff, Alberta.

Can you identify a challenge you’ve faced and how you have overcome it?

All of my new creation of music was well and fine once I started doing it again, it made me very happy. I promised my sister before she died, I would get back into it. I had to keep that promise. The difficult aspect was then having to put myself out there into the world to showcase my songwriting and music and do things with it. I found that very terrifying as I have been an introvert most of my life. When I received the letter that I was accepted into the Banff Centre ‘Musician in Residence’ Program for three weeks, I said out loud, “I’m afraid, I can’t do this.” Then, I thought of my sister who died so young and said, “what am I waiting for? It’s time to leap off the mountain into the unknown.” It was the best thing I ever did. The experiences I had at the Banff Centre changed my life. I also found a bucket list my sister left for me to fulfill in one of her journals, and I have to say it’s been gratifying to check it off as two of the things she listed were, 1) Do something you are afraid to do. 2) Jump off a Mountain.