Breaking the Frame: Filming in 360 VR 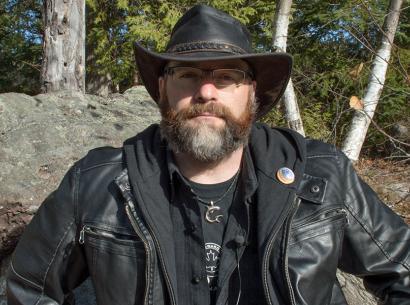 Workshop Description:
360 Virtual Reality (VR) cameras open up exciting new opportunities for filmmakers and audiences. This workshop covers the history, underlying technologies, and basic techniques used in creating immersive 360 VR videos that will captivate audiences and inspire you when planning your own practical and artistic projects. Using examples, the workshop will also cover the creation of a short VR documentary, from conception to release.

Instructor’s Biography:
Born in Nova Scotia, filmmaker/photographer Will Beckett is now based in Saint, New Brunswick. A graduate of the University of King’s College School of Journalism (BJh, 1996), Will brings a documentarian’s approach to his educational film projects. His NFB co-produced web documentary series, “Prehistoric PEI” (and its accompanying video blog), showcased Prince Edward Island’s little-known fossil history. His subsequent project, “In the Shallows: A Tale of Two Shipwrecks” garnered regional media attention for its innovative use of 360 Virtual Reality cameras to present a piece of Maritime history trapped beneath the waves just off PEI’s northern shores. Will’s upcoming projects will incorporate a mix of 2D and VR video as he delves into New Brunswick’s prehistoric mysteries. Will has also worked as a crew member and actor in a variety of film and television productions. These include CTV’s “The Amazing Race Canada” (Seasons Two and Six), CBC’s “The Songs of Gene MacLellan” TV special, and “The Stats of Life” (Season One).

Email info@nbfilmcoop.com to register for all workshops in advance.